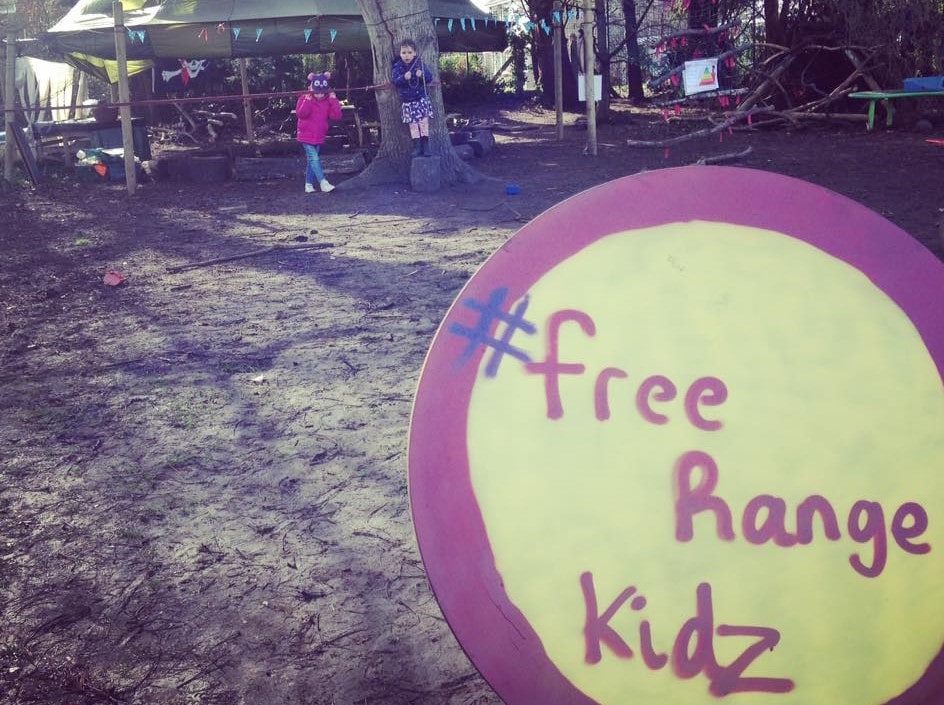 The number of 5 -19 year olds being diagnosed with one or more mental health condition was recorded as 1 out of 9 children in 2017. There has been a steady increase in this area since 2004 and this is mainly down to emotional disorders such as stress and anxiety.

Its not hard to see the difference in the experiences of todays children and our own experiences as children. The key changes are the increase of time spent indoors and the educational targets set for young children which require them to reach higher standards at younger ages.

Today’s world is one that correctly requires hard work and self-discipline. Unfortunately, this is now required of our four-year olds as well as those approaching adulthood. So often the pressures that we place on ourselves and each other get passed down to our children.

Paradoxically we also live in a time when we understand more about how children thrive than we ever have before. Research and good practice have long highlighted child directed play and exposure to risk management as key to a child’s development.

We also know that the best playthings are not always the electric powered ride on jeep but the box it came in. The opportunity to play, and make their own independent choices within play, is not only great for development but it removes pressure and gives children space to be themselves.

“Children’s play must be ‘Freely chosen, personally driven and intrinsically motivated. Children’s playing must not be ‘Adulterated’ by any adult or external agendas.”

Playwork was born out of the bombed-out wreckage of World War 2. Children were observed on the bombsites using wood and bricks and other materials to create amazingly imaginative play opportunities.

A collaboration between Lady Allen of Hurtwood and the landscape architect C. Th. Sorenson resulted in her bringing his ideas of open-ended play and ‘junk playgrounds’ to England where she referred to them as ‘adventure playgrounds.’

What is a play worker?

All the loose play and junk materials were kept in sheds next to each playground and wardens were employed to unlock the sheds and be present at each site. As time went on these wardens observed the play and began to understand how important it was.

Their role soon altered as they began to facilitate the play process. They would bring more materials based on what was already happening and provide support when it was requested. From this the role of playworker was born.

As a playworker the role of play observer is the hardest to achieve and the most rewarding. It is hard to achieve because it requires the adults to remove themselves from the play itself and not to jump in and fix or teach.

If you want to try this for yourself go and watch your children play and see how long it is before you get the urge to say, “it would work better if you just…”, “let me…” or “please don’t do…”

There is absolutely nothing wrong with this, and in many situations it is required of us as parents, but in a play advocate role your child is the guide, the architect and most importantly, the risk assessor.

Once a new playworker has taken the role of observer and not participant they can begin to properly see the play. Now this is achieved they might notice the direction play is going.

As this happens the playworker looks out for things that might restrict the play. Are more materials required? Are there rules or regulations that put a stop to the play? Are children worried about getting dirty? The role of the playworker is to gently remove these restrictions while making no disruption to the play.

An advocate for play

Sometimes this can be fetching new materials or providing a suitable area or even explaining to people the importance of play.

An advocate for play includes this observation of and providing for play but also involves spreading the word about play and encouraging others to give it time and space.

They must be aware of playwork theory and be able to explain it in an accessible manner to others. Play advocates may be called upon to support children or explain to adults the importance of play.

Advocacy can take many forms:

What is child-initiated play?

The best play is play that belongs to children. It’s not play that we’ve set up or instructed, it’s not play that’s been decided by us or by a toy manufacturer. It often responds to the moment or recent events. It responds to objects and memories and thoughts and fears. It can be a way of exploring, remembering, processing, learning and teaching.

Child initiated play is just that, its play that is entirely initiated by a child or children, with no adult agenda. The children choose how to play, what to play with and who to play with. The role of the adult is to provide the play space and materials and quietly support the play from a distance.

Over a longer period, this observing may lead to a natural progression of play in which the playworker provides extra materials at the child’s request. A common occurrence with child-initiated play is that an item available in the play space is used in a way that had not previously been thought of. Sometimes play takes hold in a way that is totally unexpected and can occasionally capture the imagination of whole groups of children.

Play is crucial for development and while we can’t all have the equivalent of a World War 2 bombsite in our back gardens to please our children, we can all act as play advocates. It starts by recognizing the importance of the process and valuing it enough to allow children to have the time and space to let their imaginations guide them.

If you are interested in how we use playwork in our setting read our post on ‘How Forest School training can be used in a Playwork setting.’