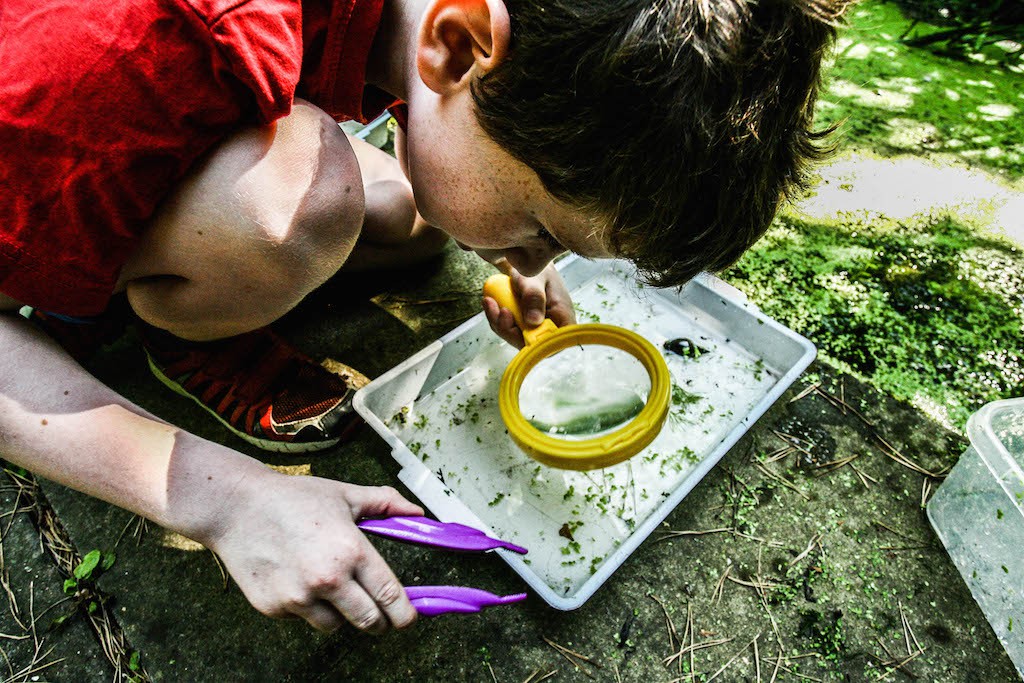 Play which allows a new response, the transformation of information, awareness of new connections, with an element of surprise.

This play type is one of the most visual by allowing a child to access loose parts, arts and craft materials.

Play which allows the child to encounter risky or even potentially life threatening experiences, to develop survival skills and conquer fear.

This type of play is defined by play behaviour that can also be classed as risky or adventurous.  This has important benefits to a child’s development.

Play that dramatizes events in which the child is not a direct participator.

Children may also wish to use make up and costumes in this type of play.

Play which rearranges the world in the child’s way, a way which is unlikely to occur, for example being a superhero or sitting on a cloud.

Movement in any or every direction for its own sake, for example playing chase, jumping, skipping and climbing trees.

Play where the conventional rules, which govern the physical world, do not apply, for example pretending to be an animal, or having a make-believe friend to being an object i.e. a tree.

Control of the physical and affective ingredients of the environments, for example making a dam in a stream, building a bonfire and digging holes in the earth or sand.

Play which uses infinite and interesting sequences of hand-eye manipulations and movements i.e. examining an item and looking into how and why something works.

Play exploring ways of being, although not normally of an intense personal, social, domestic or interpersonal nature.  This could be a child pretending to be driving a car, ironing, piloting a plane.

Close encounter play which is less to do with fighting and more to do with touching, tickling, gauging relative strength. Discovering physical flexibility and the exhilaration of display.  This will not involve any deliberate hurting but children should be laughing and having fun.

Play during which the rules and criteria for social engagement and interaction can be revealed, explored and amended.  This could be playing a game together, building an item together or creating something together.

Play which allows control, gradual exploration and increased understanding without the risk of being out of one’s depth.  Example a stick becomes a sword or light saber a flower becomes a wand.

The enactment of real and potential experiences of an intense personal, social, domestic or interpersonal nature.  This could be playing at mums and dads, or playing house.