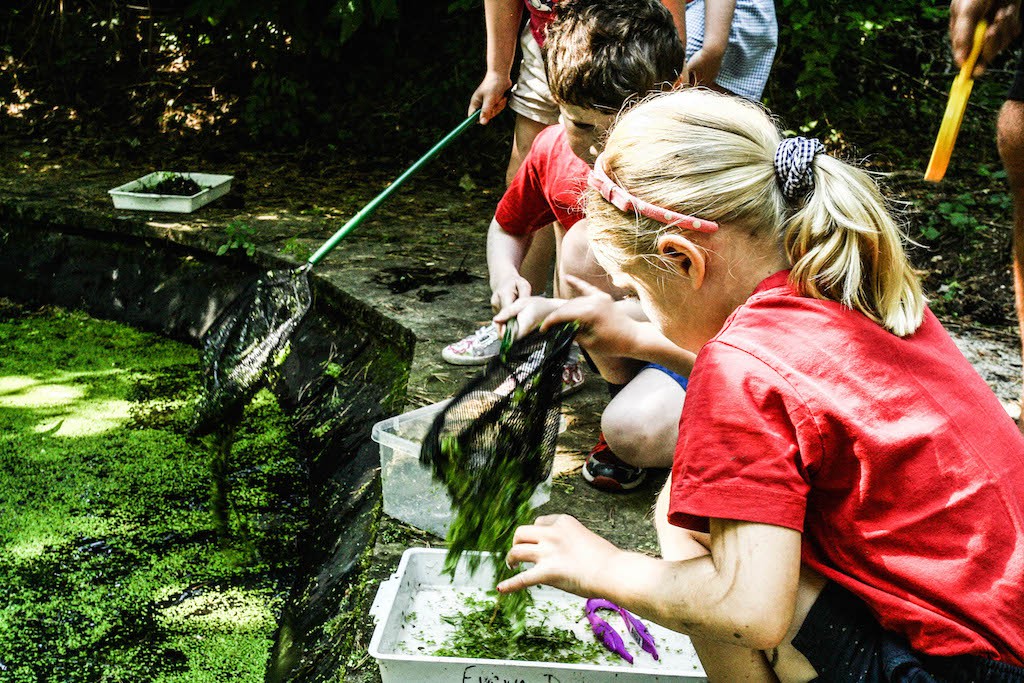 The thought of children being exposed to risk is one of many parent’s worst nightmares. Much of the focus of our time as parents is keeping our children safe and minimising risk. Isn’t that what makes a good parent?

However, a report by the Natural Trust has revealed that keeping children safe has resulted in children spending half the time outside that their parents did. This has had such an impact on many children that the term ‘Natural Deficit Disorder’ is now used.

As a result, children lack key skills and fail to hit developmental milestones that have previously been central to the experience of growing up. Lack of exposure to the uncontrollable and risky environment outdoors has had a negative on our children.

To understand why risk is so important to children, let’s look at some of the key studies that aim to open eyes to why risk is a necessity. How can introducing children to risk actually keep them safer than removing it altogether?

“The dominant parental norm is that being a good parent is being a controlling parent.”

For decades our television screens and newspapers have been filled with terrifying stories that have prompted us to make our children’s lives as safe and risk free as possible. This has built up an association between removing risk with ‘good parenting’.

We’ve been told that children need to be kept busy, they should have scheduled activities, access to the latest technology and supervised trips. Playgrounds should have properly cushioned floors or, best of all, be inside and wrapped in foam.

But what is the problem with this? Surely busy children who are well catered for and protected from risk are happy and healthy?

Tim Gill, author of ‘No Fear’ thinks that, “The dominant parental norm is that being a good parent is being a controlling parent.” As a parent myself, I wish I could dispute this but in my heart of hearts, I know he’s right. I cringe when I hear myself saying things like, “Careful!”, “Don’t go too high!”, “Get down from there, you’ll hurt yourself.”

Peter Gray, a psychologist at Boston College and author of ‘Free to Learn’, believes that the removal of risk from children’s day to day lives results in an increase in the number of young children with mental health issues. He claims that preventing children from experiencing and managing risk for themselves is responsible for some of the increase in anxiety, stress and depression found in many children today.

Because children have so little control of their own lives, they have lost some of their sense of self. Think about your own childhood. Did you go outside a lot? I did, when I was six, I used to ride my bike around the local area, I just had a watch and had to make sure I was back at the designated time. With what we see of our world today, there is no way I would feel comfortable doing that with my own children. Not until they are a lot older.

Peter Gray’s research states that emotional and social disorders are linked to lack of play. Not structured, defined play, but free, child led play. “If we deprive children of play they can’t learn how to negotiate, control their own lives, see things from others’ points of view, and compromise. Play is the place where children learn they are not the centre of the universe. When there’s an adult there directing things, that is not play.”

“As safe as necessary,” not “as safe as possible.”

Should we just let children play and stop guiding and protecting them? This doesn’t sound right to me!

Research published in the journal, Evolutionary Psychology digs into why risk is so fundamental to development. From this is easier to see exactly how much risk is needed and how it can be managed safely.

The study explores the fears and phobias that children have as they grow up. As children develop, they natural get worried or scared about certain situations or activities. The study found that the need for risky play developed to remove these fears.

As children engage in play that challenges, scares and thrills them, they slowly overcome those phobias. “It is concluded that risky play may have evolved due to this anti-phobic effect in normal child development.”

So exciting and adventurous child led play exists so that child can remove the restriction of fear. It’s not that children should be in danger, but they should be able to manage themselves and any risks they experience at a level that is appropriate to them.

“Teaching young people to manage risks for themselves and take sensible decisions makes them safer. It also helps them to develop as mature adults, responsible and mindful of others.” The Council for Learning Outside of the Classroom.

Over the course of 5 years, a study was conducted to determine whether a fixed playground with close supervision was any safer than the alternative. It took place at a school in America that had two playgrounds. One had fixed equipment of the kind that you see in most playgrounds or play parks in the UK today. In this playground, staff patrolled ready to intervene and to remind children to play safely.

The other was a junk adventure playground. “Adventure playgrounds are fenced, professionally staffed sites where children are given access to junk materials like wooden pallets, tires and wheeled carts. Hammers and nails, shovels and saws can be used both to build and destroy.” In this environment, adults act only as observers, unless requested by the children to facilitate their play.

Over the 5 years all the injuries and accidents were recorded and compared. The results were astonishing! The adventure playground environment was 4.3 times safer than the fixed playground! This isn’t a perfect comparison, but it makes the point that when we think we are keeping our children safe, we may be improving the situation but instead end up exposing them to a larger and longer term risk.

So, what can I do differently?

The evidence that risk is crucial to children’s development, health and wellbeing is building up, and getting impossible to ignore. What can we do?

Above all, be kind to yourself. This isn’t one person’s challenge it’s the challenge of several generations. We don’t have to be perfect; we just have to try our best.